Migrate your Alpha environment to another platform

I read an interesting statement on the business2community.com website a week ago; it said “The pyramids in Egypt and the Great Wall of China were built to last forever. Computer hardware and software? Not so much.” This seems like a good place to start when talking about (in this case) upgrading your AlphaServer systems.

You may remember I published a blog a few weeks ago entitled “Why should Alpha customers be thinking of migrating their systems?” The driving forces behind this blog were the issues associated with owning AlphaServer systems today, the big ones being:

When you get situations like this that are “out of the norm”, this generally translates into paying extra money for support, for sourcing devices that work with the old hardware, and so on. On the other side of the argument, you often get “if it ain’t broke then don’t fix it”, so let’s us look at the pros and cons of upgrading your AlphaServers.

These are all perfectly valid reasons for hanging on to old systems. I am not sure I’ve heard every one of these reasons from a single customer, but I have certainly heard all of them at one time or another.

Let me put a different slant on each reason:

Do not get me wrong, I thought AlphaServers were the bee’s knees, but they went EOL in 2007, so unfortunately their time has come and gone. While I hopefully refuted the cons, there are actual pros for upgrading your AlphaServers:

So, there are a number of good reasons why companies should be looking to get off AlphaServers; however those reasons have existed for many years, so why are there still hundreds/thousands of Alphas still in service? It could be complacency; it could be the Alphas are doing such a great job (why fix it if it is not broken); it could be costs; who knows?! It reminds me of the situation when you hesitate to take out insurance for that treasured item; it is the same kind of argument – the watch is working fine why do I need to insure it – oh, we had a break in, and they stole my Rolex. We have all done it (not the Rolex bit; that was just an example), where everything is working fine, and we see the insurance as an unnecessary expense. It is exactly the same with older computer systems; they are working, why do I need to upgrade? So it runs your production line; how much does it cost you if your system goes down and the production line stops? Unfortunately, the older the equipment gets, the more prone it is to go down.

Let me finish with a cautionary tale. Back in 2018, computer security experts discovered a virus called Spectre. Spectre is a particularly nasty type of virus; it works by tricking a program into accessing innocent seeming memory, but actually allowing an attacker to read this data and potentially retrieve sensitive information without user approval. It appeared that every type of computer could be infected by this virus, so VSI carried out its own research and the conclusions appeared in this customer letter VSI Spectre customer letter.

Fortunately, through good engineering, OpenVMS on Integrity and pre-EV6 Alpha systems was found to be immune to this virus, and we think it is the same for EV6 and later Alpha systems. Looking forward, the X86 port will mitigate the effects of Spectre on OpenVMS on X86 systems. Hang on, I just said “we think”; that is not good in technology terms! The reason I said ”we think”, as explained in Eddie Orcutt’s 2018 customer letter, is that VSI have not been able to reproduce the behavior in those systems. This does not mean the problem will not occur on those systems, just that we could not reproduce it in a lab.

Let me be clear; I am not saying that all EV6 and later AlphaServer systems are prone to this virus, but I am saying that there is a chance, under the right circumstances, that your system may be susceptible (to this and to other similar such security threats that may arise in the future). Operating in an unsupported environment leaves you with nowhere to turn for help.

Any questions, you know where to get me. 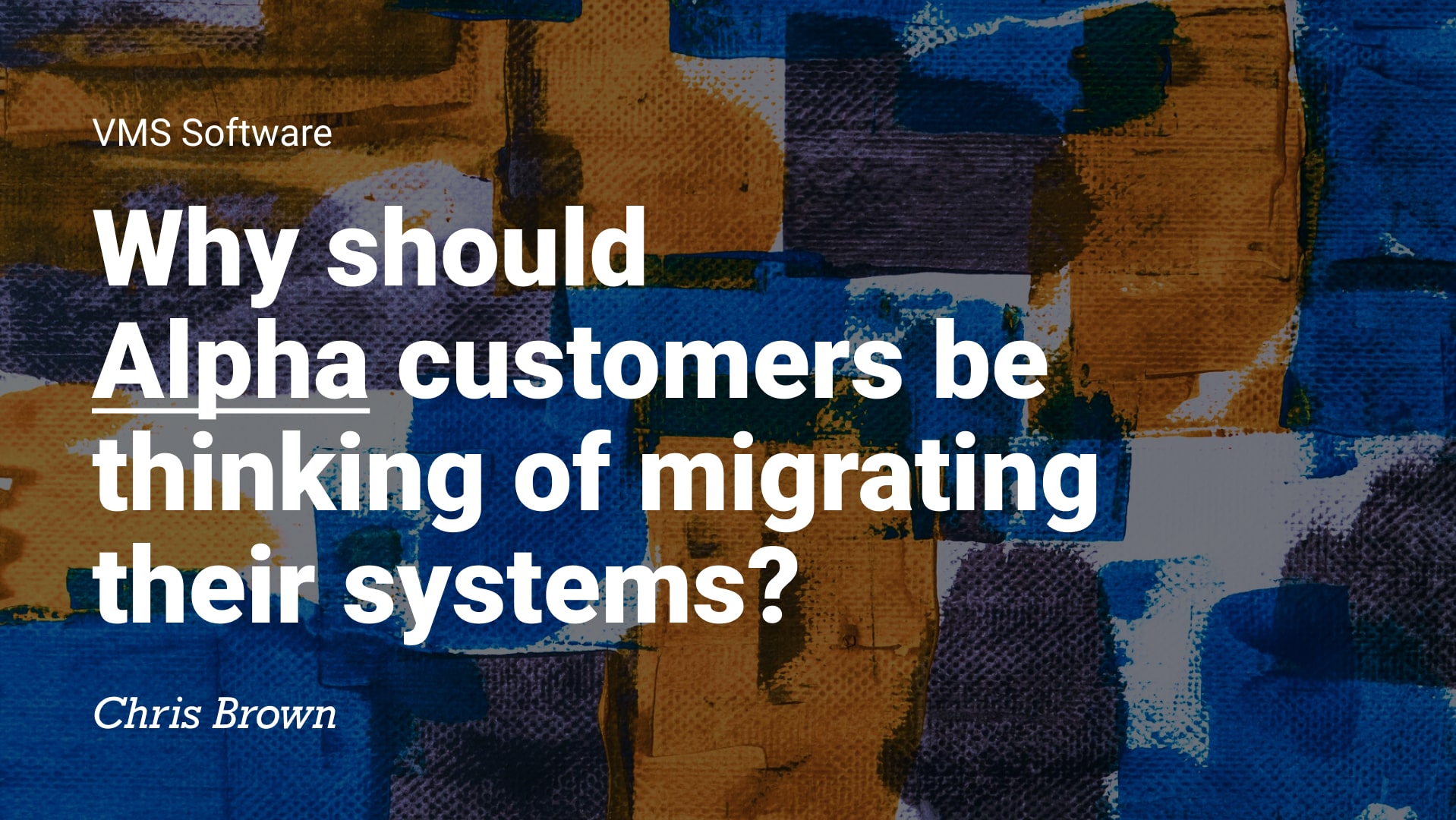 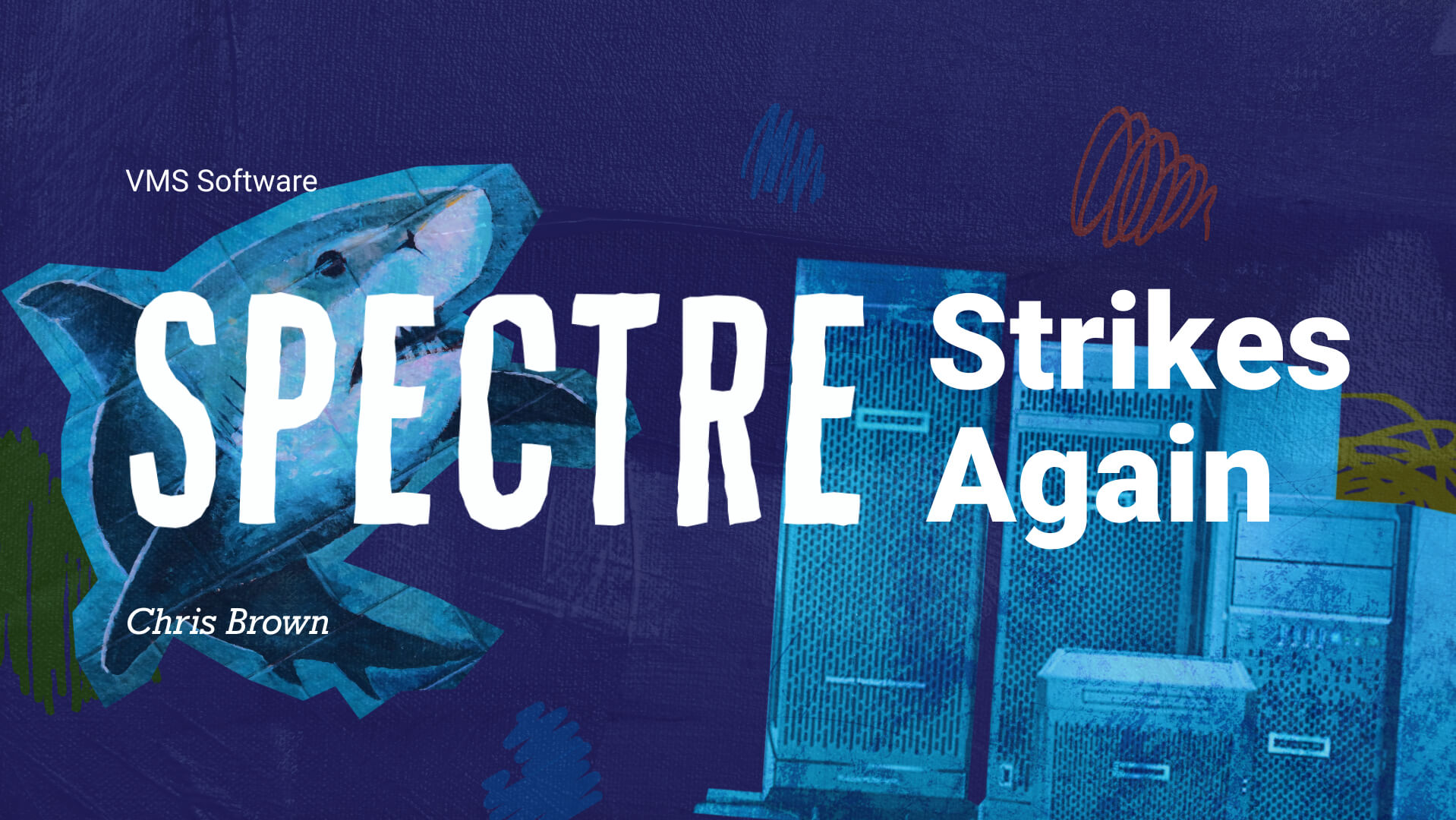